Happy National Scrapbooking Day/Week!
I've decided to enter the NSD-challenges over at Studio Calico's blog because I was really inspired when I saw them and I have actually gotten a pretty good start, already finishing six challenges! 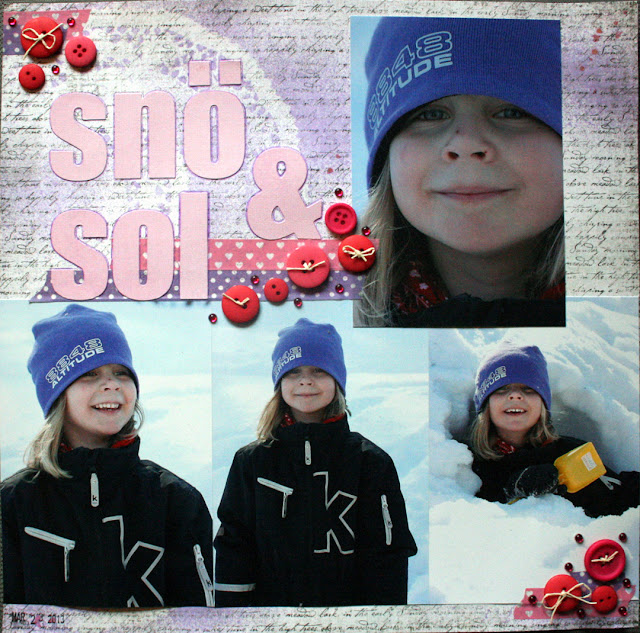 The challenge was about using buttons and I added a bunch from my stash, some with floss and some without. The background is sprayed with purple ink and I've added my new washi tape and some clear glass dots. The photos are of my daughter and they were taken in March 2013. The title says: Snow & Sun. 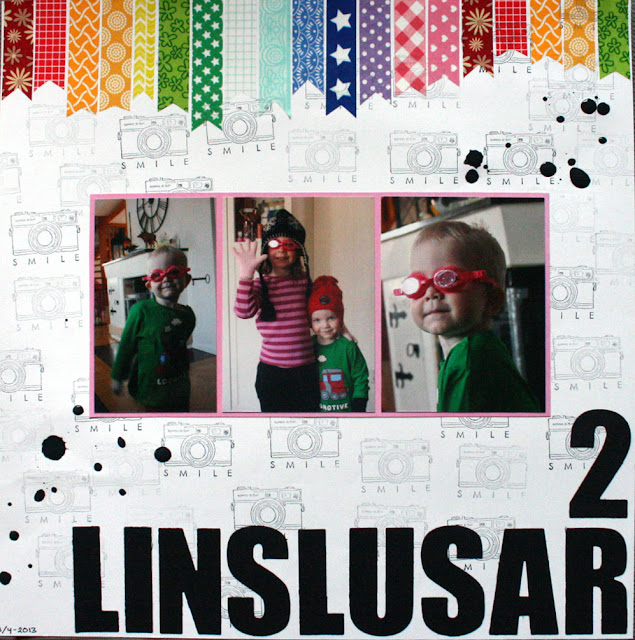 This challenge was to stamp your own background. I used a camera stamp from Evalicious that I bought from Two Peas when I ordered last. I stamped with Stazon and I stamped seconds and thirds before re-inking so that I got the different shades. I used the whole rainbow of washi and I'm so pleased with my purchase! The photos are of my two kids goofing around. The title is an expression of two persons who like to be infront of the camera. 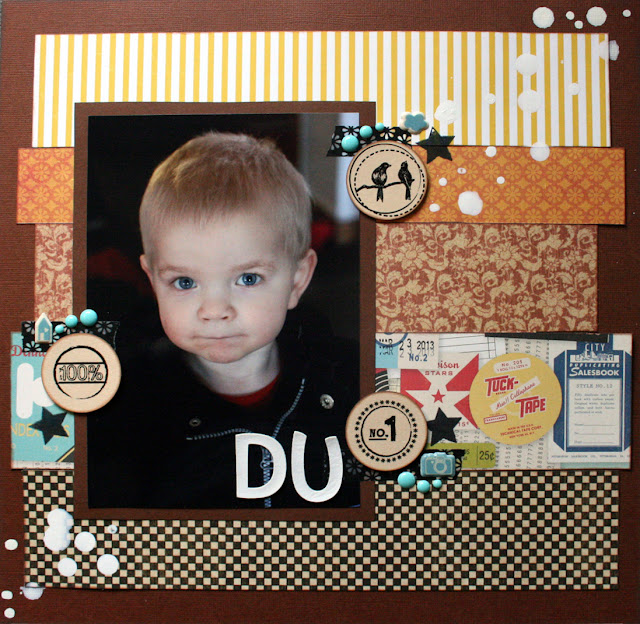 Yeah, it was no problem to use five different patterned papers. I do that alot. I used enamel dots, foam stickers, rub-ons, stamps, acrylic paint and thickers. The title says "You" and that is my son in the photo. 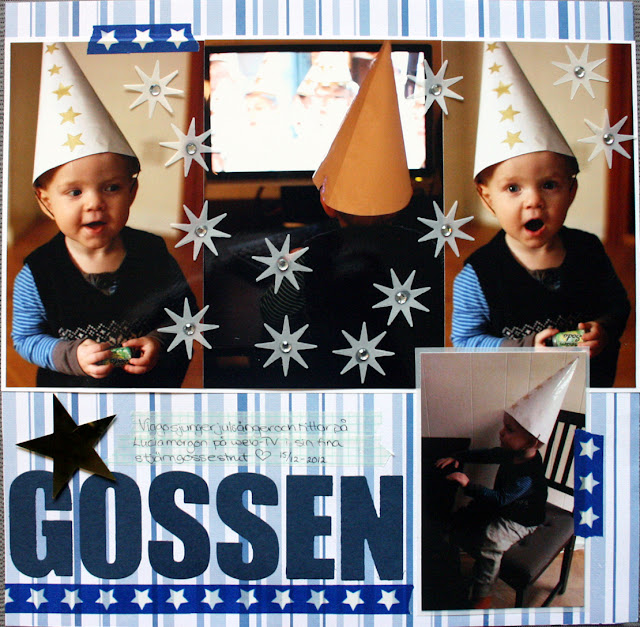 The challenge was to use something transparent and I used vellum to mat the small photo and to punch out stars. I also did my journaling on almost transparent washi. I used small rhinestones to hide the adhesive under the stars. The photos are of my son around Christmas wearing a traditional "star boy" hat. The title, the text with the star above should be "Star Boy".

Sketch #1 | based on a layout by Kelly Noel 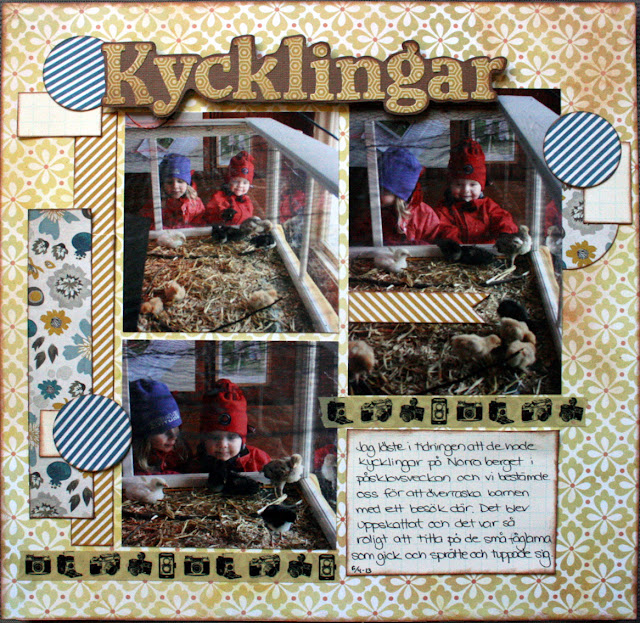 I followed the sketch pretty much but added some washi to fill in the gaps. My photos were larger than the ones in the sketch so it became a bit different. The title says "Chicken" and the photos were taken during Easter 2013.

Sketch #3 | based on a layout by Susan Weinroth 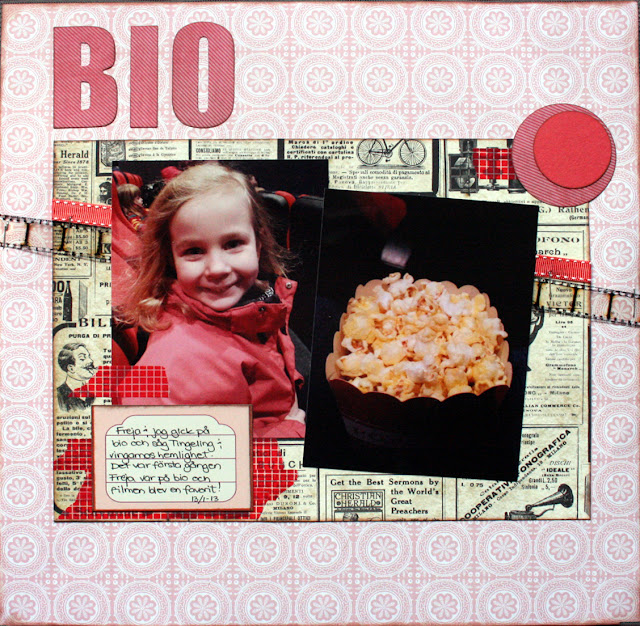 I pretty much followed the sketch here too. I added another line across the whole page since I wanted to use that film strip and my proportions are a bit off. The photos were taken when I took my daughter to the movies in January to see Tinkerbelle. Bio means cinema.